Located at the crossroads of Central Florida, Volusia County is served by Interstate 4, which runs from the coast 27 miles to the west, and Interstate 95, which traverses the county from north to south for 38 miles. Major improvements are currently underway on these interstate highways and other major arteries.

Volusia County is situated between Jaxport, 90 miles to the north, and Port Canaveral, 75 miles to the south. Additionally, the Port of Tampa is accessible by Interstate 4.

Volusia County is fortunate to have one of the most convenient and user-friendly international airports in the nation. Daytona Beach International Airport (DAB) offers daily nonstop service to New York City aboard jetBLue Airways; to Atlanta aboard Delta Air Lines; and to Charlotte aboard American Airlines. Connecting flights offer service to nearly everywhere else. Additionally, general and corporate aircraft are served by several airports in Volusia County: 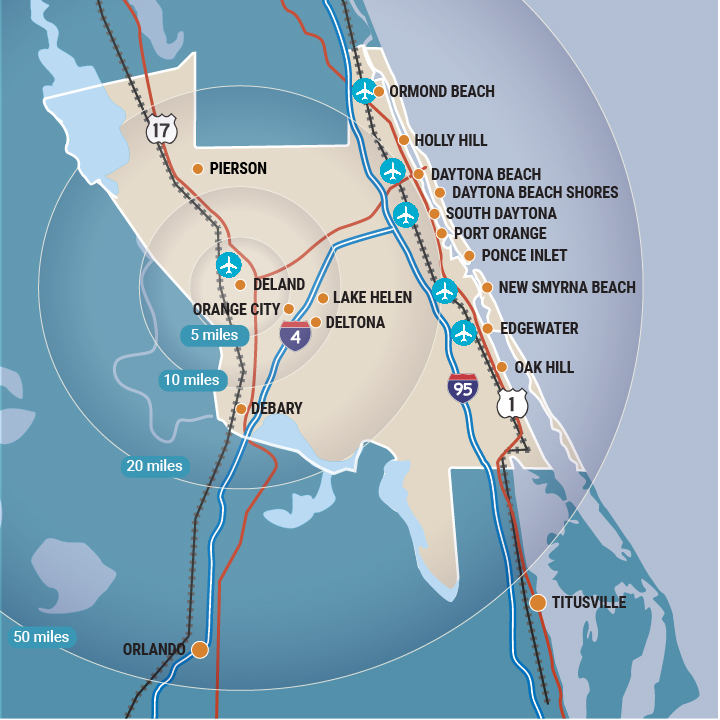