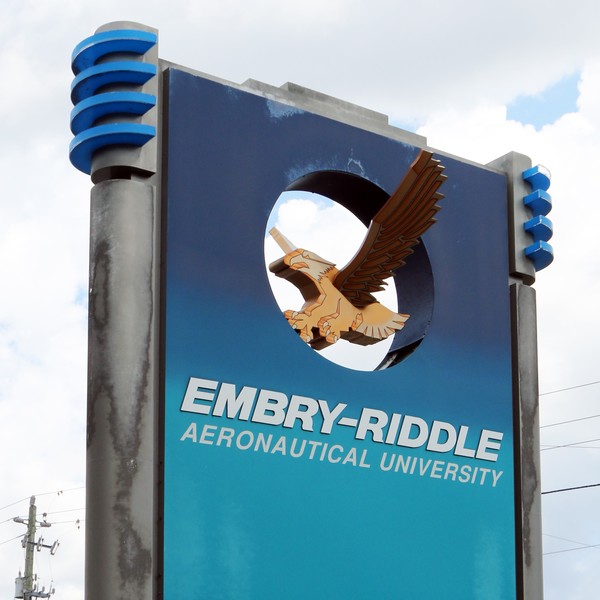 One of our founding Board members at Team Volusia, Embry-Riddle Aeronautical University has been named as one of the Top Contributors to economic activity in Volusia County.

A recent report from The Washington Economics Group has named Embry-Riddle Aeronautical University (ERAU) a “Top Contributor” to economic activity in Volusia County, Florida, and Yavapai County, Arizona. Overall, ERAU contributions to local economies from its approximately 125 Embry-Riddle Worldwide campuses have surpassed $2.3 billion for the fiscal year 2019–up 44 percent since 2016, with the university also supporting 17,929 high-paying jobs.

Across Florida, ERAU’s total economic impact so far in 2020 was more than $1.98 billion statewide, up from $1.37 billion in 2016, according to the WEG report. The university is also currently supporting nearly 14,850 jobs throughout Florida, an increase from 11,546 in 2016. A major contributor to the impact in Florida was ERAU’s Research Park, which opened on the Daytona Beach Campus in 2017 and has generated more than $90 million in economic impact in Florida and directly or indirectly created 500 high-wage jobs.

“As we pursue our mission to educate students and prepare future leaders and innovators, we are also making significant contributions to the standard of living in the two states that we serve,” said Embry-Riddle’s president, P. Barry Butler. “At our Research Park and across all of our campuses, we are promoting new technologies to advance human welfare and enhance workforce capacity in aviation, aerospace, and STEM-related fields.”

The importance of the ERAU Research Park in Florida was emphasized by Keith Norden, president & CEO, Team Volusia Economic Development Corporation. “The documented success of Embry-Riddle’s Research Park demonstrates the power of business and community partnerships. Embry-Riddle has effectively worked with a wide array of collaborators to recruit new businesses to Volusia County and to advance entrepreneurship. We have been pleased to partner with Embry-Riddle to achieve lasting strategic economic progress that serves our community well,” Norden said.

Butler added that “Embry-Riddle’s Research Park is the vision of our Board of Trustees coming to life. That vision extends beyond our university and is truly about changing and diversifying the economy of our community. I want to extend a special thank you to our Board Chairman, Mori Hosseini. His vision for Embry-Riddle and our community will pave the way for future high-paying jobs and economic prosperity and also help prevent the `brain drain’ that is happening in other regions when graduates of various institutions cannot find jobs where they went to school,” he said.