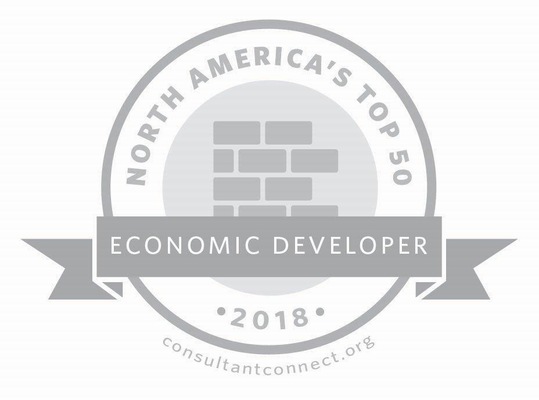 There were over 175 individuals nominated for this year’s Top 50 Economic Developer designation and Keith Norden was selected by the panel of judges. This year’s winners will be honored at the ECONOMIX Conference in Nashville, TN on December 5-6, 2018.

“This annual list recognizing North America’s Top 50 Economic Developers is designed to acknowledge the hard work of the top leaders in this field and elevate the conversation around economic development and job creation,” said Ron Kitchens, managing partner of Consultant Connect. “Each of the leaders represented on this year’s list is beyond deserving of this recognition for their efforts in building our communities."

Previously, Chris Wimsatt was included among the Top 50 Economic Developers in 2016.