More Than Just a Meal Out 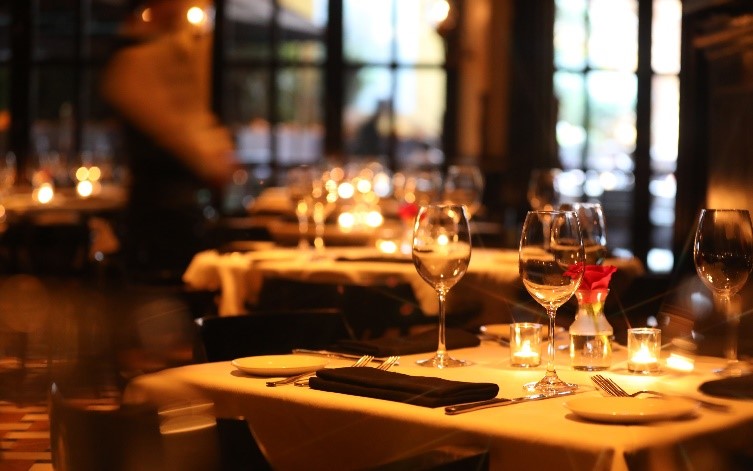 As more and more Americans decide to dine out, restaurants in the Greater Daytona Region are ready to answer their call. But an increased focus on local dining is not just good for the appetite—it tells of a healthy, growing economy, too.

Read on to learn more about the interesting ways food, tourism and economy intersect, and what it means for the Greater Daytona Region in the months and years ahead. Just take a look.

Dining out in the Greater Daytona Region

Throughout the region, signs of a dining out-friendly culture abound. A December Daytona Beach News-Journal article discussed the trend, noting the opening of new restaurants and expansion of current favorites. The appeal of One Daytona to big-name restaurants, the development of a Metro Diner and Bonefish Grill in front of Volusia Mall, and the construction of Giuseppe’s Steel City Pizza, First Watch and Firehouse Subs in Port Orange were all cited as up-and-coming dining venues signaling the region’s progress in this area. This comes at the end of the a very successful year for Volusia County, in which 157 commercial construction permits were issued in the first nine months of the year alone. More people are dining out, and the Greater Daytona Region—as these developments show—is ready to heed their call.

More than just a meal

The region’s proclivity for dining out is certainly good news for restauranteurs, but does it mean something more for the overall economy? The experts say yes. Costa Magoulas, dean of the College of Hospitality and Culinary Management at Daytona State College, told the News-Journal that the increase in restaurants is a sign of a healthy economy that has rebounded since the Great Recession. Magoulas also noted that this is the first time people are spending more money dining out than on groceries. This trend reflects greater financial stability for residents: an economic upturn all industries can take pride in, since it speaks to the health of the overall economy. Moreover, the region’s noticeable boom in restaurant construction suggests that it is receptive to consumers’ wants and needs, and is prime for new and expanding businesses to make the region their home.

One example of the interconnectedness of industries can be seen between restaurants and tourism. According to Magoulas, the record 10 million-plus visitors to Volusia and Flagler counties in 2017 has helped the restaurant industry thrive, since out-of-town visitors in such high numbers form an audience which restauranteurs are hoping to serve. The connection between the restaurant industry and other fields is no doubt marked by similarly positive relationships.

To learn more about the economy of the Greater Daytona Region, and how regional trends can positively impact growing companies, get in touch with Team Volusia today.