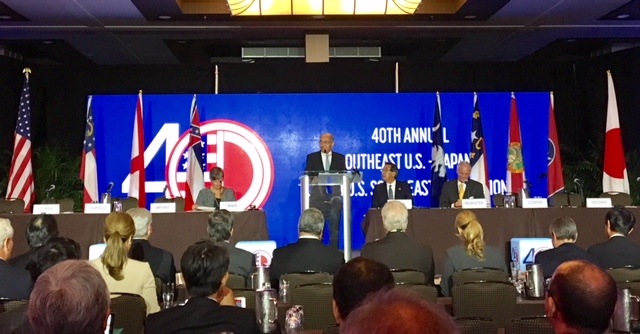 The Japan/U.S. Southeast Association and the Southeast U.S./ Japan Association held their joint meeting in South Carolina in October. The Florida Delegation to the joint meeting was led by the delegation’s chair, Team Volusia President and CEO Keith Norden, and Florida Secretary of State Ken Detzner. The meeting was attended by the United States Ambassador to Japan and Japan's Ambassador to the United States. Also in attendance were several governors and consuls general from Japan. The 466 delegates included 73 from Japan and 393 from the United States.