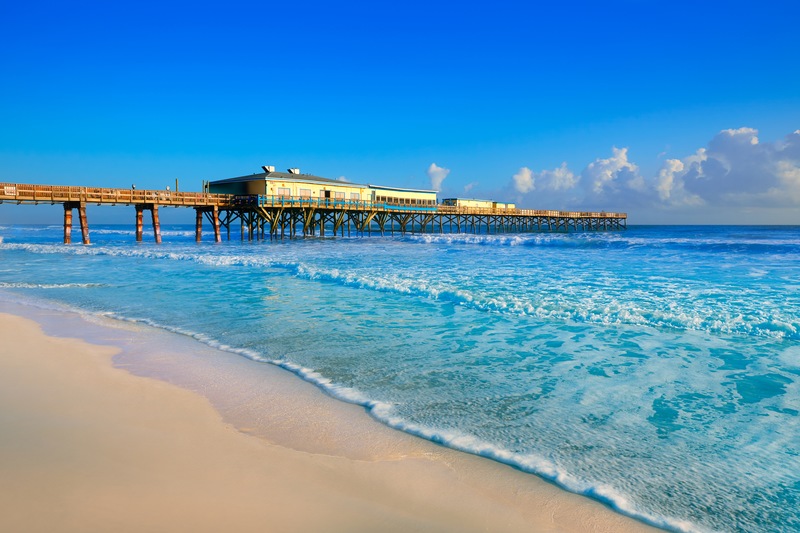 Summer may be winding down—but the economic scene at the “World’s Most Famous Beach” and beyond is just heating up.

For proof of exciting economic developments ahead, look no further than the record-setting number of permits issued for new commercial projects throughout the county—or the first steps of construction for projects already in the works.

Read on to get a closer look at these recent economic developments and more—as well as what they mean for the future of Greater Daytona Region commerce.

When it comes to gauging the health of a local economy, one ever-promising sign is a surge of permits for business—and in Volusia County, we are seeing just that.

According to a report by the Daytona Beach News-Journal, 127 permits for new projects have been issued in the first six months of 2018 alone. This figure is equal to (and in some cases, greater than) the total permits issued throughout the entire year, every year since 2008.

The key takeaway here: Businesses are excited to grow or get started in the Greater Daytona Region. This unprecedented growth, for the first half of the year alone, is certainly a good sign for gauging commercial activity in the county.

Of course, permits tell part of the story—but it’s when companies break ground on construction that we truly get a sense of the big, exciting changes at play.

In the Greater Daytona Region, for example, commercial real estate agent Dick McNerney is helping plan a 100,000-square-foot industrial building, located on Mason Avenue near the new Trader Joe’s Distribution Center. There are other large industrial buildings (at 66,000 and 251,000 square feet) being planned in the area, too, under the supervision of VanTrust Real Estate.

This August, the 136,000-square-foot headquarters for Security First Insurance began construction in Ormond Beach, as did one of several new retail developments near the Volusia Mall. These developments offer a concrete look at the sorts of changes coming to the Greater Daytona Region, and foretell an increasingly active commercial environment, one that’s conducive to growing businesses from all types of industries.

While the Greater Daytona Region’s surge of planned homes—more are slated to be built this year than any year since 2006—may not be directly tied to business, it’s impossible to overlook the growing community’s residential scene when analyzing the economy. More homes can lead to more employees and an increased investment in the community, making it an ever-more attractive place for new talent pools to call “home.” That’s good news for the commercial scene, too.

It has been a promising year thus far for Greater Daytona Region business. To keep up with new updates and developments as they emerge in the months ahead, stay tuned to Team Volusia! We’re here to help business expanding to the Greater Daytona Region, while keeping current companies in-the-know on the news they care about most.