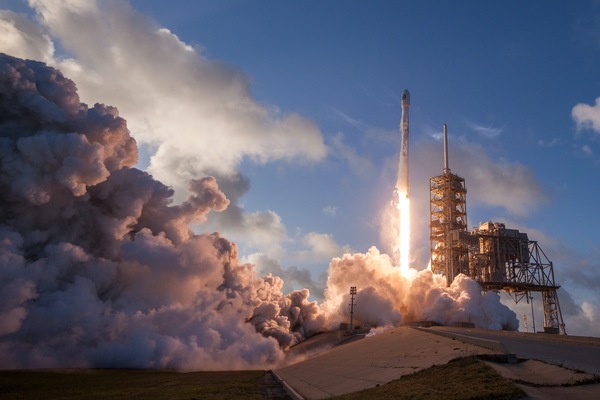 From the United States’ first crewed spaceflight in 10 years, to the approval of a Commercial Space Industry Opportunity Overlay to promote development in Volusia County, this is an exciting time for space in and around the Greater Daytona Region. What does this mean for the local area—and beyond? Read on for four key takeaways from the latest events.

Spaceflight from our backyard

This May, the country watched in excitement as SpaceX launched the Crew Dragon into space—the first manned flight from the United States in nearly ten years, and the first ever crewed orbital flight from a commercial team. The eager anticipation was especially palpable by spectators in the Greater Daytona Region, a region heavily invested in all areas of the space sector (from education to infrastructure and beyond). This latest launch from our backyard will only help fuel the fervor of an already thriving aerospace industry, with all eyes on the Sunshine State as we look ahead toward the next space excursion.

Do not expect the fervor for space in the Greater Daytona Region to die down anytime soon—in fact, interest in the area’s commercial space industry is higher than ever. Right on the heels of this May’s historic launch, the Volusia County Council voted in unanimous favor for the Commercial Space Industry Opportunity Overlay, geared to help streamline the building permit approval process for projects in the aerospace and aviation industries.

The Greater Daytona Region’s central location continues to aid in its aerospace efforts—as the northern point on the Sunshine State’s aptly named “Space Triangle,” it is better poised than virtually any other region in Florida to meet the needs of the state’s growing space sector. In fact, commercial space employees can easily commute between the Greater Daytona Region and Cape Canaveral. The region’s convenient location and access to world leaders in aerospace education, such as Embry-Riddle Aeronautical University, ensures that this exchange will continue long into the future of space exploration.

Looking up and ahead

The Greater Daytona Region is an essential economic player across the board for Florida’s industries, and the commercial space industry is no exception. The Sunshine State is #2 nationally for its sheer number of aerospace and aviation companies (a total of 17,144 and counting, according to Space Florida), employing more than 130,000 workers, including many of those who call the Greater Daytona Region “home.”

The country has its eyes on space, a thriving preoccupation with the stars felt especially by industry leaders and researchers in the Greater Daytona Region. Stay tuned to Team Volusia as we continue to cover this exciting industry, launch by launch and everything in between.