A Legacy of Space in the Greater Daytona Region 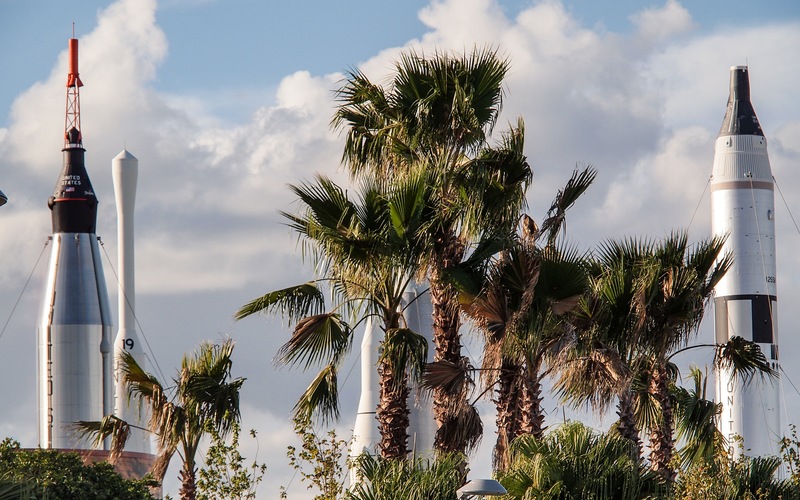 Throughout the history of humankind, we’ve looked to the moon in the sky—and 50 years ago, we landed on its surface, fueled in large part by efforts from the Sunshine State and the Greater Daytona Region.

In light of the 50th anniversary of the moon landing this summer, we’re taking a closer look at the Greater Daytona Region’s economic role in space flight—where we’ve been, where we are, and where we’re headed. Just read on to learn more.

Getting man to the moon

50 summers ago, Apollo 11’s landing on the moon marked “one small step for man, one giant leap for mankind.” That leap, of course, began long before Neil Armstrong and Buzz Aldrin set foot on the lunar surface. It was the culmination of years of collaborative effort, from the arduous technical training received by the astronauts to the development of Apollo ground support and test equipment at Daytona Beach’s General Electric Co. (In fact, at the mid-sixties’ “Space Race” peak, the location reached a high of nearly 3,000 employees!)

In addition to functioning as a center of manufacturing for aerospace technology, the Greater Daytona Region served (like it does today) as a place from which many employees could commute to nearby jobs on the Space Coast. The Greater Daytona Region’s central location still makes it a key home-base for those in a wide variety of industries, with I-95 serving as just one of many crucial thoroughfares.

A natural knack for space flight

The Greater Daytona Region’s proximity to the Space Coast and Cape Canaveral made (and makes) it a ready-made choice for the aerospace industry, but why was the Sunshine State chosen for its space-fated role in the first place? We actually have the state’s natural geography to thank for that.

First, being on the East Coast, Florida allows spacecraft to fly with the planet’s natural eastward spin (guiding craft over the water instead of populated terrain below). Additionally, being close to the equator puts spacecraft where the Earth’s spin is at its fastest, so the craft can work with the natural speed of the planet to give it a “boost” on its way up.

Today, the aerospace industry in the Greater Daytona Region is as strong as ever. Embry-Riddle Aeronautical University is one key contributor to this strength, providing essential research to many fields such as aviation, engineering and, of course, space. This area of exploration is also of importance to the Florida High Tech Corridor Council, a.k.a. The Council, a collaborative effort of research and entrepreneurship spearheaded by the presidents of the Universities of Florida, Central Florida and South Florida.

By contributing a consistent talent pool and research focus to aerospace efforts, the Greater Daytona Region’s economy is equipping itself to play a large role in the future of space exploration.

The aerospace industry is alive and well in the Greater Daytona Region, and today’s economic developments in this area can help take us to new heights—literally. Stay tuned to Team Volusia as we continue to cover this exciting industry and the others that shape Central Florida’s East Coast.